Bedtime was indeed a while ago

I got distracted reading this:

Why Angry Birds is so successful and popular: a cognitive teardown of the user experience

Really really interesting article, which I think I will read again when I'm not so tired :)
Posted by Stef at 00:47 No comments:

Sometimes it's just because I can!

After a while they all start to look the same

I think that's mainly because I've spent so much time faffing with lights that the differences between the renders are often hardly noticable. I have forced some self discipline upon myself now. I've left the lights alone and finished setting some bits and pieces up. So, currently, these are my most finished renders of 4 different scenes

I'm thinking the eye-light the botton pic is far too bright... which is odd, because it wasn't and I don't recall adding any extra lights in that would have affected it's brightness....??
Posted by Stef at 14:59 No comments:

Possibly... or at least a continued use of words! :D

Chocolate cookie for knowing what film that quote is from!

I learnt new things on Friday - how to make things glow. That Josh knows his stuff :)
So, armed with new found skills and a determination that the seabed file was NOT going to defeat me I produced the following: 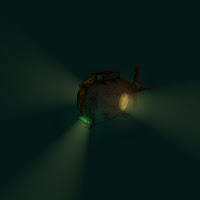 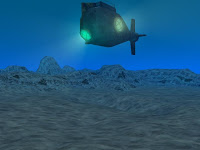 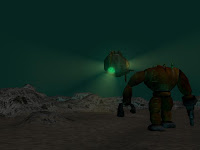 I think it needs more murk - it is supposed to be the bottom of the ocean, or maybe that wouldn't actually work so well as it's quite dark anyway? I'm also almost thinking it doesn't been the Ocean-caustic? OR at least, that it needs some adjustment.
Posted by Stef at 21:05 1 comment:

I remember way-back-when playing on the Incredible Crash Test Dummies game on the SNES. I loved it. There was something ridiculously appealing about loosing limbs one by one when you take damage - first hopping, then shuffling along on your bum once you lost your legs.

So, first up.... The Incredible Crash Test Dummies:

Second, my own crash test dummy/submarine. I've deformed it with Maya's Defoming tools and then chipped away at the model. I've also put it on the seabed and put the Underwater Caustics effect on.... looking good so far I think? But, clearly, I'm biased! 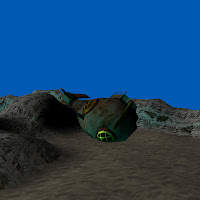 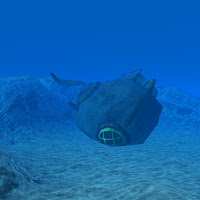 I think the sub is pretty much finished... and so ready to be trashed to make Sub #2! 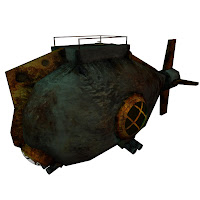 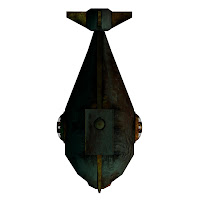 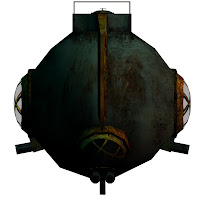 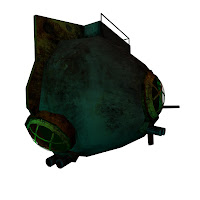 Can you tell what it is yet?

This is what happens when you apply a texture to the wrong object... Still, it's kinda cool! 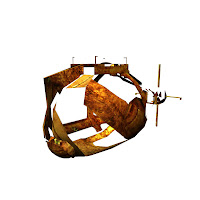 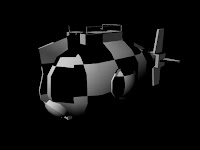 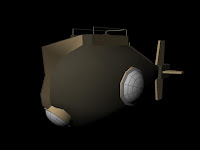 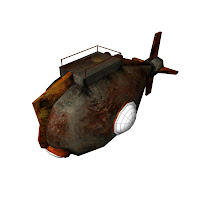 ... but that's got nothing to do with this post. This post is about weighting and the fact that I spent an entire day unsuccessfully trying to weight the Tank Dude (I've settled on "Tank Dude" as his official name).

I spent hours a)remembering how to rig and weight b) persistently ballsing up painting the weighting on to the model. If the aim of the game had been to distort the model in the most bizarre ways possible, then I would have won that game.

Turns out I was making mistakes in the order I weighted the joints and generally being rubbish. Still, hours of getting it wrong has hopefully drilled in to my head how to do it right. I hope!

I then used my new-found skills to appropriately pose my model (as you can see in the previous post).

Now, where did I put that submarine...?

He was built to destroy, but all he ever really wanted was to dance Ballet... 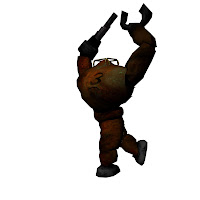 Josh, look at that sand! I love the sand! 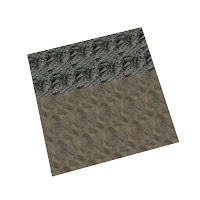 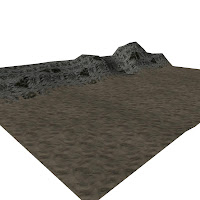 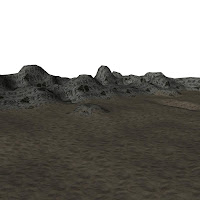 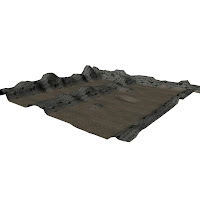 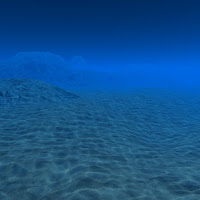 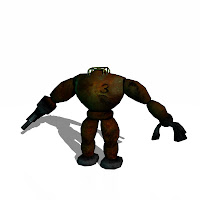